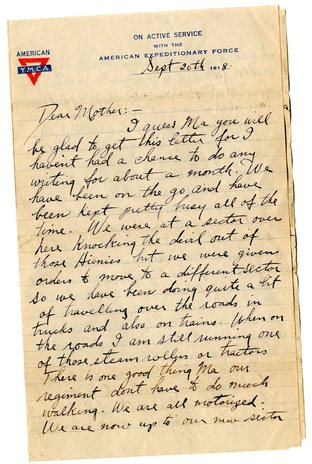 Summary: Herman’s regiment has moved from one sector to another by trains/trucks
and is now staying in a good barracks. Herman talks about how when he arrived, he
received several letters from Estelle, Eva, Pauline Hasting and his mother. He recalls
that the last place he was at he saw the grave of Roosevelt’s son. 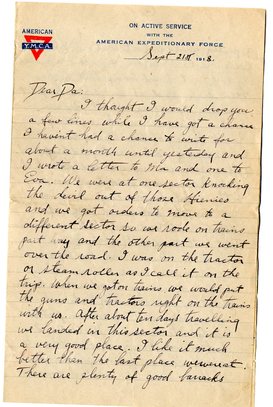 Summary: Herman describes almost the exact same thing to his father as what he did to
his mother the previous day. He asks his father to get him a copy of the Liberty Bell
Song. While they were travelling, they kept playing the same music, so Herman wants
the Liberty Bell song to lighten spirits. He also mentions how the drivers of the tractors
and trucks, and how he received a leather jacket, rubber boots and riding glasses. 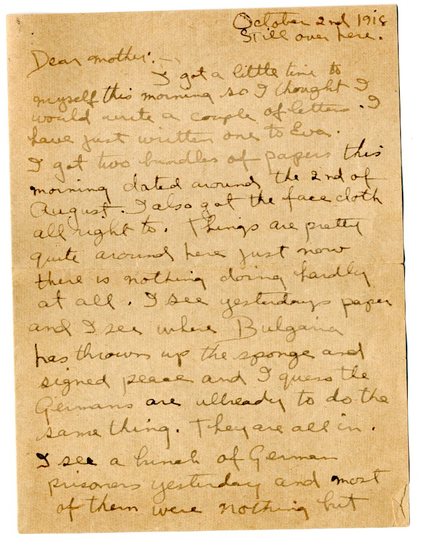 Summary: Herman writes to his mother about how he had seen in the paper that Bulgaria had “thrown up the sponge” and surrendered. He also describes how he became friends with a cook from another regiment and is eating well. He says he eats ither a pie or a cake every day. 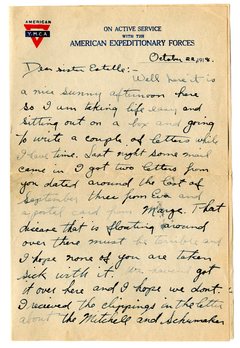 Summary: He tells his sister that right now it’s a nice sunny afternoon and he has free time to write. He also expresses his concern for a disease that’s going around in America, and he hopes that no one there has it. Herman expresses his desire to be gardening with his father. 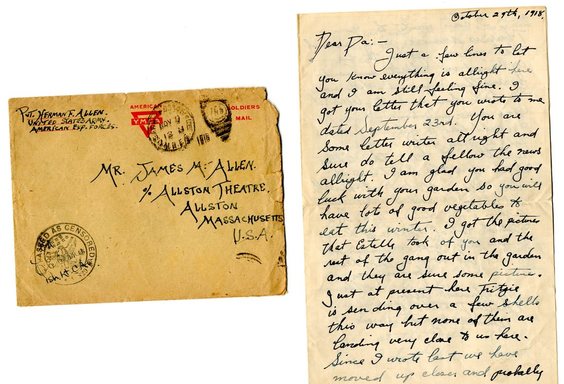 Summary: Herman talks about how the Germans are sending some shells to them, but
none are landing close to him. He also tells his father that he thinks the theater is
probably quiet this year due to people being sick or in Europe. He also says that there is
a rumor going around about another regiment taking their place so they can rest. 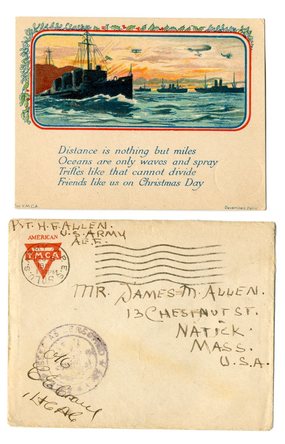 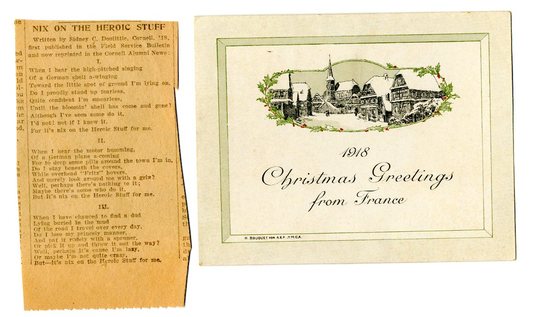 Summary: Wishes his mother a merry christmas, says that he will be with him soon, tells ma that he is feeling well. Same as the letter to the father.  He also included a poem entitled "Nix on the Heroic Stuff."
​ 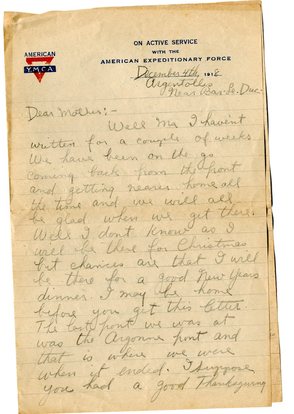 Summary: He first apologizes for not writing in a while. Then talks about how he wants to be home for New Year’s. Mentions Pete Hollaran again; they were working in the kitchen around Thanksgiving and went to a French butcher shop to buy ingredients for dinner. He was happy to get letters from home. 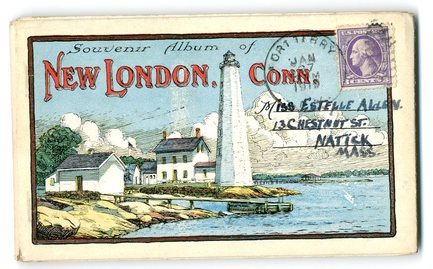