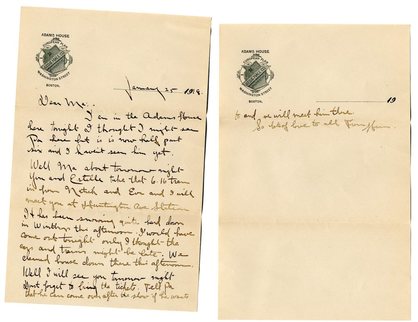 Summary: Eva and Herman Allen are in Winthrop at the Adams house (restaurant). He and his mother are making plans to see a show with the family the next day. Herman and Eva cleaned the house that day. 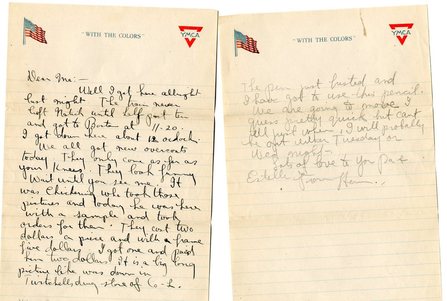 Summary: Herman Allen bought a new coat and had his picture taken in it. He’s in Boston for the moment, but will be leaving Tuesday or Wednesday night. 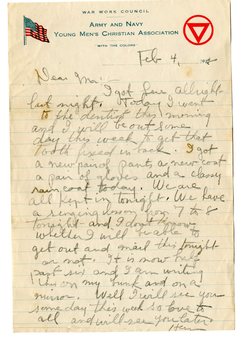 Summary: Herman Allen got a new outfit consisting of a pair of pants, a new coat, a pair of gloves, and “a classy, new raincoat.” He’s currently staying at the YMCA  or at least get’s his paper from there. Says he will see his mom sometime this week. He has a singing lesson later that night. 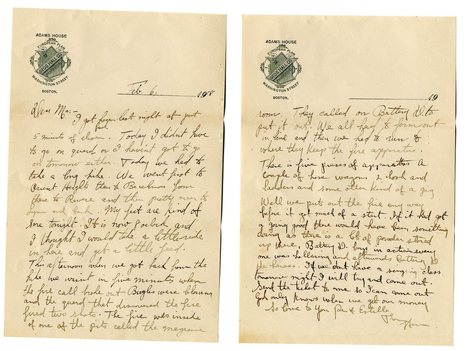 Summary: He went on a very long hike from Washington Street to Orient Heights and other places and now his feet are sore. He went to get food, but when he came back there was a fire. He wants to go to another show, but he doesn’t know when he is getting paid. He has another singing class that night, but if it doesn’t meet he will go meet his mother. 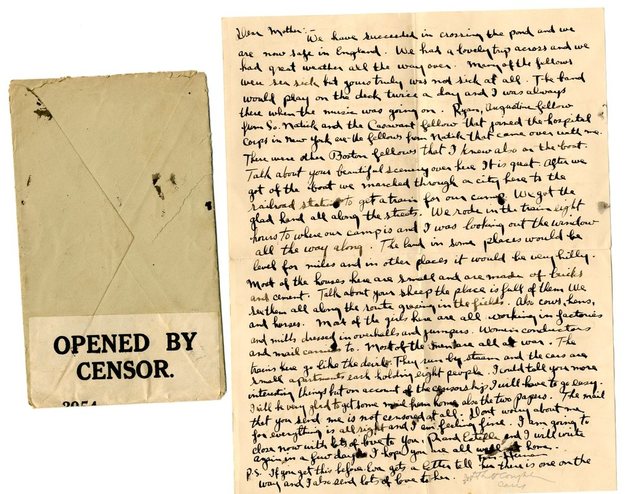 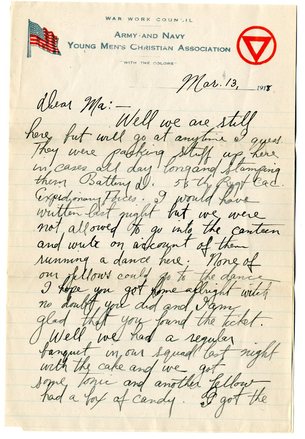 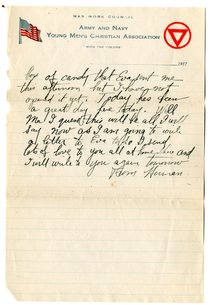