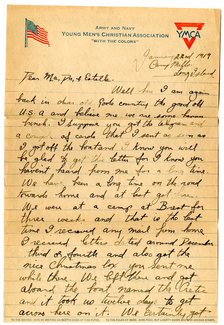 Summary: Herman has finally made it back to the United States! He came back on a boat and they went to Pier 61 in New York where they received a huge welcoming. Eventually, they took another boat and a train which landed them back at Fort Banks in Long Island. This means that within four or five days he should be on his way home.  Was a voluntary waiter on the ship back. 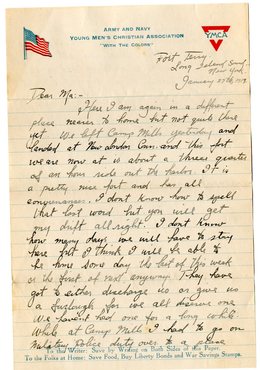 Summary: He’s almost home, and expecting a furlough soon. Herman doesn’t know when he’ll be back, but he’s optimistic. He ended up monitoring soldiers in town by walking around with a few others on patrol and a bat. 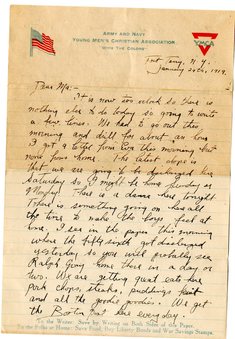 Place: Fort Terry
Date: January 29th, 1919
Addressee: Mother- Elizabeth Allen
​
Summary: Talking about rumors of discharge and life at Fort Terry. He says the food is great and people are pretty happy. Also mentions that Ralph Gray’s regiment is getting sent home, so his mother can expect to see him. 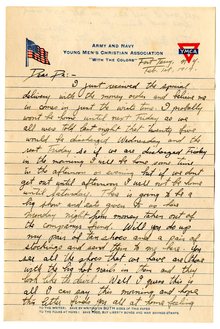 Summary: Herman is informing his dad that he will soon be discharged, most likely on Fri, and that he is longing to finally see them. He likewise asks his dad to send him some dresswear for a dance they’re having. 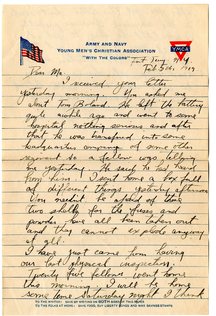 Place: Fort Terry, Long Island
Date: February 5th, 1919
Addressee: Mother - Elizabeth Allen
​
Summary: This is Herman’s last letter that he sends to his family. He explains that he just had his last physical and that twenty five men were discharged that day so he should be home sometime Saturday. He also says that no one should write to him anymore because he probably won’t be there to receive them. It can be assumed since no more letters were written by him that everything went as planned and that Herman did arrive home that Saturday. 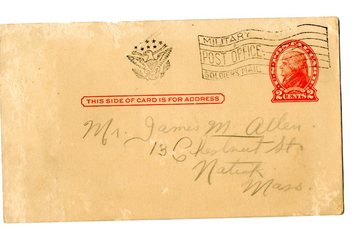 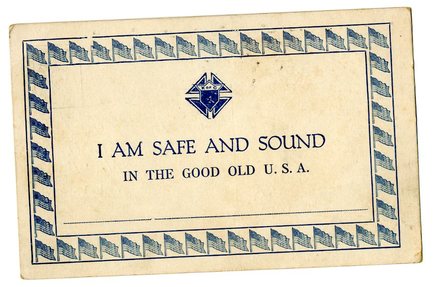 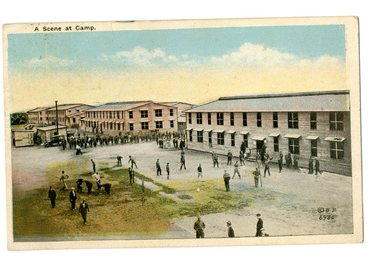 Place: Fort Terry, Long Island
Date: January 28th, 1919
Addressee: Father- James M. Allen
​
Summary: Postcard with a picture of “A Scene at Camp.” Telling his father that he’s doing fine at Fort Terry, and that he will be home soon 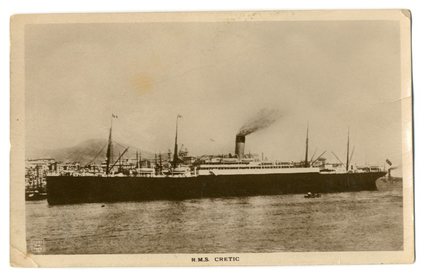 Addressee: Billy Sanderson 26 Lind Street County Road Wallion  …. England.
​
Summary: postcard of the “RMS Cretic”, part of the White Star Line based in Britain, which operated the Titanic. Herman and the 55th CAC took the Cretic from Britain home to New York.